Find out more about us

more importantly what we offer

Welcome to Dance for Fun

Alan and Ginny Newman have a long list of National and International Titles to their credit. The most notable titles being Open to the World British Senior Latin American Dance Champions , as well as, 5 times in succession British National Champions AND International Senior Latin American Champions. Alan is also a Qualified Championship Adjudicator and has judged at many Dance Competitions around the country and abroad.

In the First Ever Senior Latin World Championships held in New Zealand they Finished in the top 4 in the world and whilst out there won the coveted title of South Pacific Senior Latin Champions.

At the next world Championships in Belgium they again finished in the top 4 in the world. It is still an achievement that up to the present day they are still the only British couple ever to feature in a Senior Latin World Championship Final.

John Dilworth Award for Outstanding Achievement in a professional Exam 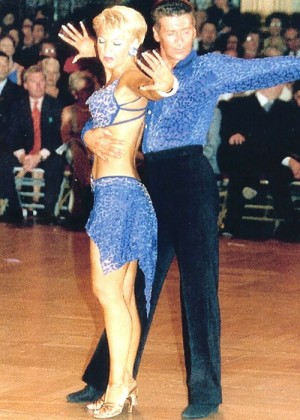 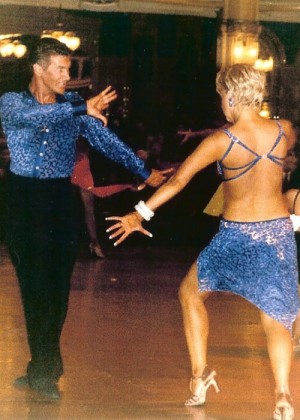 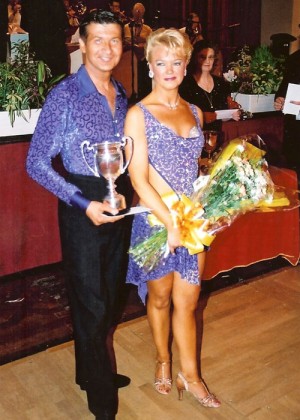 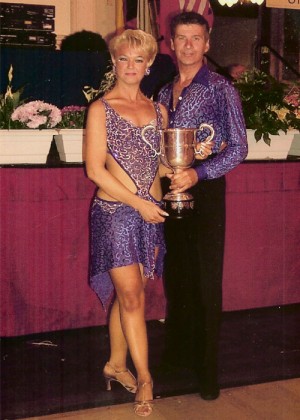 How it all started

All this started from a family holiday to a well known holiday camp, way back in 1986. They realised that they could not join in with all the evening entertainment as they couldn’t dance a step. So on returning home they booked themselves into the next beginners class. The rest as they say is history. They entered their first Novice Competition in 1988, won, and so they were hooked.

It wasn’t easy bringing up a small family, working full time, and competing against the best dancers in the world, but they showed true determination, and , with the help of family and very special friends they made it to the top of the tree. The winning of the Open British in May 2000 was one of the highlights of a very special dancing career and an occasion that will be forever in their memory.

Only a few have been fortunate to hold that particular title and the influx of so many brilliant couples from overseas means that being British and winning the title was made even more special.

After retiring from competing in November 2000 they decided to concentrate on home life for a while. Enjoying being with their 3 daughters is so important to them. The girls have always been supportive and think that their Mum and Dad are “Dance Crazy”

As the girls became a little more independent, so Alan and Ginny returned to dancing, At first the Salsa was a massive attraction and they spent 4 years studying this fiery, sensual dance. Then the opportunity to teach came along , and with it the need to study and improve on the other ballroom disciplines. They love to teach dance and this is evident in the way they teach. With enthusiasm, knowledge, charm and most of all they make it enjoyable for the pupils.

They have also studied the hypnotic Argentine Tango and this exciting dance is now one of their favourites.

They are fortunate enough to be able to combine teaching with cruising and with it the need to be able host those Special Formal Balls and to be able to provide music and entertainment for all types of dancers. Sequence dancing is very popular and Alan and Ginny are able to cater for this too.

They have enjoyed a wonderful competitive dance career and are now taking so much pleasure in teaching others.